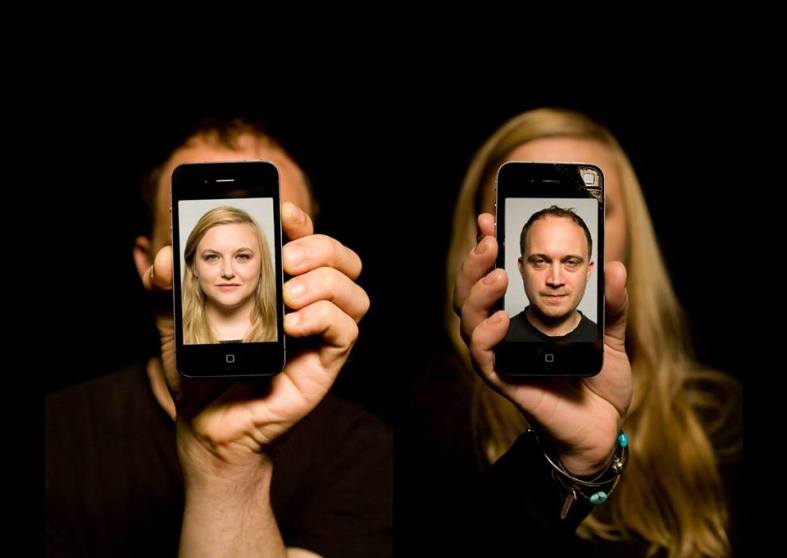 I usually write separately about the theatre events I go to and the Muslamic events I go to. But this week I went to a participatory theatre show and a spiritual workshop (called a Tariqah, literally meaning ‘path’ and Wujudyyah meaning ‘existence’ ) that seemed to be speaking to each other (in my head at least.) So here goes, it’ll sound airy fairy but whatever.

The show was I Wish I Was Lonely by Chris Thorpe and Hannah Jane Walker at Battersea Arts Centre. It’s a poetic but rather negative take on our use of smartphones and the internet. To quote the programme, it “asks how much of ourselves we’ve given up to the new Gods in our pockets.” The show itself encourages us to keep our phones on, answer calls if we receive them and even use Twitter and Facebook as much as we like. It becomes an interactive, poetic lecture about the ups and downs of being able to carry our friends and families around with us all the time. We can call or text them whenever we like but more importantly, they can call or text us! “If you call me and I choose not to answer,” begins one of the lines, “the world makes me feel like I am failing at my own personality.”

That we might discuss a dying relative in the supermarket or text someone about a miscarriage is deeply uncomfortable for Hannah. Our sense of involvement in affairs that aren’t our irks Chris. “Assad did not read your retweet” he tells us. “You can ‘like’ someone else’s revolution on Facebook, but they can still get shot.” Our smartphones and our online presence have become too much a part of our identity, they argue, communication, empathy and action have all be compromised. “If we were to wipe one person here’s phone of all data, that would be an abuse of privacy. Almost your personality”

I get it but I’m not convinced. Human beings are individual, nuanced creatures and our behaviour reflects this, including our use of technology.”I never feel like I am on my own.” says someone in the show, “and I never think about if I have a choice in that anymore.” Pfftttt, really? Ignore my power to choose, a power I exercise all time, and you’re lumping me in with a zombiefied, screen-tapping crowd that I don’t belong to. Assume I’m someone who wishes for solitude and feels interrupted by the people who call me and you’ve got it all wrong.

By contrast, the complexity and individuality of humans was at the heart of the Tariqah I went to on Saturday. Led by Farouk Peru as part of the Inclusive Mosque Initiative, the session was held at Tareq Sayed Rajab De Montfort’s exhibition, The Arab Unbound – a particularly apt title. Here, spirituality in its Qur’anic/Islamic formula shed all cultural heritage and welcomed in a mix of new and evolved theories including theism, anti-theist understandings, rebellion, physicality and crucially, the individual. There was no sheikh leading us into a journey through ourselves. Instead, we all contributed to each other’s journeys in a way that fused the collective and the individual.

One of the few traditional aspects to the spirituality explored here was the Arabic language. But we needn’t see it as some sort of divine language. We can choose to take it as something purely linguistic. Bismillah for example, commonly translated as “In the name of God,” is something Muslims say before they do anything. It invokes a remembrance of God but also a devotion: the idea that everything we do is FOR him. Farouk gave another take on Bismillah. Bi – means WITH, he said, and Ism can mean name but can also mean ESSENCE, Illah – means Allah/God. To do something with the essence of God isn’t about devotion in the submissive sense, the way doing something “In the name of God” can be. It’s about invoking God – however you define God – in whatever you do. It opens up the idea of drawing on yourself, if that’s where you find God, on nature, if that’s where you find God or in any other power that may be external or internal. He went on to explain the second part of Bismillah which is IrRahmanirRaheem meaning “God the most merciful, the most kind” but I won’t go into it now (although it’s quite beautiful and takes us back to our universally shared experience of growing in a womb).

As he outlined how the Tariqah would progress over the coming months, Farouk explained it would be routed in using Qur’anic text as a source. But we could consider it however we want. We can choose to see it as a religious text or read it as we would any other text, our approach is our own.

That approach speaks to the way I feel about humans as individuals within a collective. If our phones are the “Gods in our pockets” then BuzzFeed is the sheik that tells us who we are and how to “life hack” our existence. But neither can counter or hamper individual ingenuity, reflection and choice.