Director Rob Heydon’s film adaptation of Irvine Welsh’s short story The Undefeated from his 1996 book Ecstasy is set for release in the UK on 20th April after a fitting premier at Ministry of Sound. The film stars Smallville actress Kristin Kruek as a suburban housewife immersed in Edinburgh’s club scene where she meet everyman Lloyd (Adam Sinclair).

Author of Trainspotting and the screenwriter for Ecstasy, Irvine Welsh tells Naima Khan about his take on love, happiness and avoiding clichés. 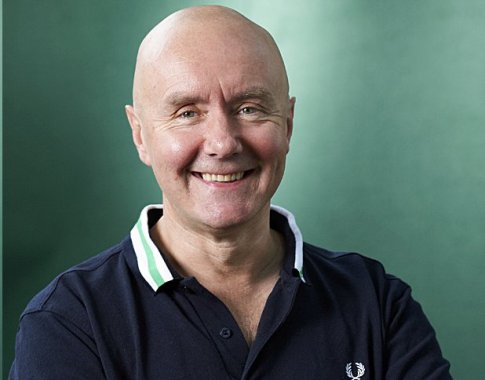 You’ve been praised for giving a voice to an often overlooked group of people the Guardian would call “non-festival-going-Edinburgh” – Do you agree with that? And do you think that they still need a voice?

You can’t really get into the consequences of your stuff. Everybody, whether it’s a writer, a group of people, a social class or a nation, has to find its own voice, or voices.

What’s special about the story in this film?

I think it in some ways explains a lot of what fucked up in the ’80s, and the legacy that haunts us now; national divisions, mass unemployment and underemployment, the erosion of the welfare state, the growth of the underground economy, the basic lack of hope that he future is meant to offer anything, the extreme cynicism about career politicians detached from social reality. None of the political parties have been able to redress that and there’s a growing sense of a negation of democracy in Britain, which isn’t good.

How does that affect Lloyd and Heather’s relationship?

Heather’s like many women of her age, she’s bored, hasn’t found herself, and isn’t sure about the guy she’s with, or whether she sees it as being a long term thing. He’s also a bit of a prick, who has stifled her. Lloyd is also bit of a prick, but in a different way, he’s a waster but also a dreamer, he’s questioning, looking for love, looking for somebody who’ll complete him. But it’s generally not a good idea to expect somebody else to complete you.

Heather and Lloyd are triers, they never stop fighting for what they want, even if they’re not quite sure what it is. Too many people just settle for the mediocrity of what life has to offer, without really considering what’s best for them. On the down side, there’s a flakiness about them both that can be hard to take.

What’s your personal take on romance? Are you a love-conquers-all kind of guy?

I believe that love is an absolutely essential ingredient to happiness between two people, but not a sufficient one to guarantee it in itself. I’m definitely a Pepe Le Pew sort.

What do you think makes a good romantic film? And what stops it from being a cliché?

It’s the characters. Are they real? Can people identify with them? Two robots, who cares whether they get it on or not?

Tell us a bit about Rob Heydon’s filmmaking.

Rob has played to his music video strengths, there are lots of good visuals. There are some great shots by Juan of Edinburgh, the buildings shot at a tight angle etc, but I kind of expected all that. What pleasantly surprised me was that he was such a good dramatist, and a tea actor’s director too.

Your style of writing has evolved since Trainspotting, what have been the major stylistic influences since the success of your first book?