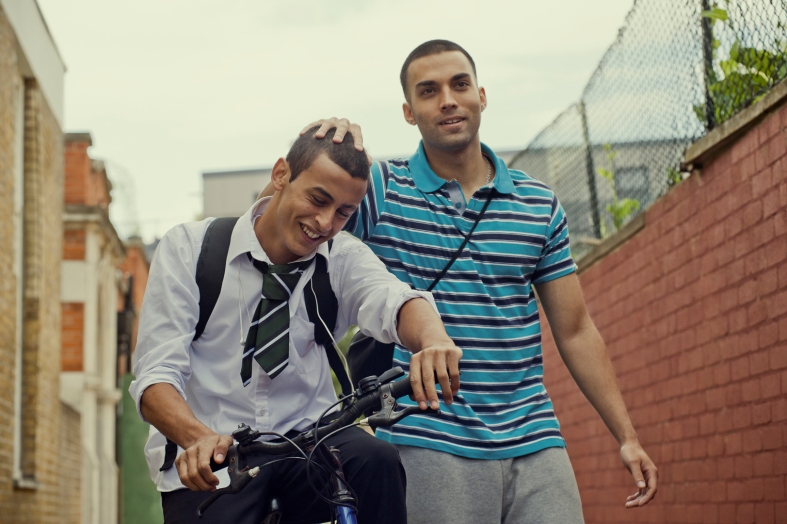 For a film with the relationship between two brothers at its heart, My Brother The Devil has surprisingly few scenes that show its two leads together. In theory, it should be all the stronger for it. But in practice, this clever device is crowded by an almost insultingly foreseeable story.

If I were to give you a list of the components, you could put it together on your own and save yourself the price of a cinema ticket. However, the performances in this film, directed by Sally El Hosaini, are so compelling and imaginatively shot, we get an almost 360 degree look at the world from their eyes that is worth seeing it on a big screen.

But back to those components; be prepared for a film about postcode gangsters that sees older brother Rashid try earnestly to protect his young brother Mohammed from following his dangerous path to wealth and power via hustling, abuse of women and violent intimidation all round. He realises that there’s more to ambition than dreams of living it up in Dubai with his girlfriend via gay professional photographer, Sayyid. In between, there’s the failed attempt at an office-job interview, there’s the obligatory conversation about bacon and alcohol, there’s the obvious gap between generations and the sneaking of money into his mother’s purse because he’s a good boy at heart as you already know.

That’s the biggest flaw with My Brother The Devil: you already know what’s going to happen and you very quickly realise you know these characters too. You’ve seen them before and there’s little original about them. But the gap that grows between these two brothers who still share a bunk bed is beautiful, only it needs to be illuminated from amongst its far too familiar surroundings to make this film stand out.

Rash still has so much to learn about himself, that imparting any wisdom to Mo seems contradictory or hypocritical at best and nigh on impossible at worst. His struggle and Mo’s subsequent confusion and fear is flawlessly depicted by James Floyd and Fady Elsayed and some highly effective, woozy camera work. That said, I imagine that for most people the achingly simple story that surrounds this complex relationship will mean you either revel in the company of these two boys or you are very quickly bored by it.