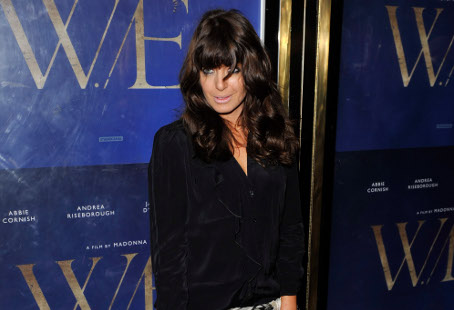 Who on Earth let Claudia Winkleman draw up the list of BAFTA nominations? Or did the British Academy once share a cell with Hollywood and is it now trying to make up for all the inappropriate touching?

This year’s shortlist is shockingly devoid of good British films and looks like something created by someone who spent a year at Cineworld, not film aficionados who have access to all the world’s film festivals. That’s every film festival, anywhere in the world. Its only saving grace is that in this, the year of The Gos, the boy Ryan seems to have been overlooked though Driveappropriately has not. Anyhoo, here are our suggestions for alternative nominations:

Best Film- Weekend
How, oh how did The Descendants make it onto this list? The unconquerable George Clooney is probably the answer to that. While it’s not as gritty as we like to think our tastes are, The Help gets our nod of approval as does Tinker Tailor Soldier Spy but we much prefer Andrew Haigh’s naturalistic take on relationships – that’s relationships not romance – in Weekend. Not only has Haigh created two singular characters but he shows their relationship absorbing the state of the world it exists in. He also edits his footage into something intimate, bordering on invasive and simultaneously, sweetly affectionate.  The film also boasts two flawless performances from actors Chris New (soon to star in The Pitchfork Disney) and Tom Cullen.

Outstanding British Film- Junkhearts
OK, this is a decent list we’ll admit. But save Senna, they’re all pretty predictable nominations. We Need to Talk About Kevin? Tick. Shame? Tick.Tinker, Tailor Soldier Spy? Tick tick tick. What’s missing from the list is Tinge Krishnan’s Junkhearts. Sure, nobody went to see it but this bravely artistic feature debut leaves a stubborn aftertaste. Her characters are both endearing and frighteningly cruel and her ability to draw us into their chaotic mindsets has been unrivalled this year.

Adapted Screenplay – Trishna
The Descendants again? Really? And Ides of March? Will Clooney ever use his powers for good? Michael Winterbottom’s take on Tess of the D’urbervilles deserves to be on this list. He’s been incredibly clever about making Trishna, his India-set version of an English classic, relevant to both countries and taps into the contemporary relevance of their colonialist history. The cinematography is a perfect mix of matter-of-fact and atmospherically romantic, but still a million miles away from Hardy’s English idyll.