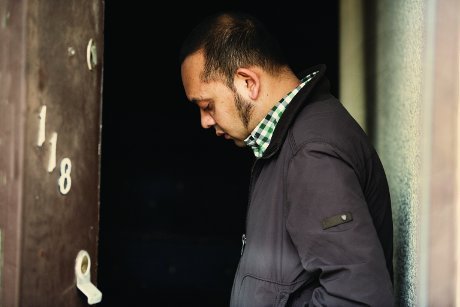 “If you were in a film, would you play yourself or a character? Call Gillian.” Among the responses to this newspaper ad were the cast of non-actors that helped create Self Made by Gillian Wearing. Exploring her usual themes of portraiture and discovery, Turner Prize-winning artist Wearing makes the transition into film with a moving portrayals of the hopes, dreams and demons of a group of northern non-actors.

Wearing enlists an acting coach to teach her cast method acting and improvisation techniques, which enable them to discuss the things most important to them. For middle-aged Lesley, it’s that she hasn’t found the one or had any children and she’s not sure if that’s likely to change. Lian has issues with her father and Ash’s past makes him worry he’ll become aggressive. Edited so that we get to know these people perhaps as the film-maker did, Wearing cuts together a picture of each cast member.

The sincerity of a film with non-actors is its chief triumph. When something dark is revealed, it cuts that much deeper because it wasn’t scripted. Equally, when something funny is said, it’s that much more hilarious because the speaker isn’t trying to be funny. Also remarkable is the willingness of those involved to be so open on camera.

Unafraid of either the personal or the abstract, Self Made embraces the journey of film-making and the sometimes obscure tasks it takes for the cast to get to a nugget of realisation. Wearing celebrates the process rather than the results, but the results are also compelling. Each non-actor aims to make a short film in which they play themselves or a character. Lian confronts her father in King Lear, Lesley gets the chance to be romantic and Ash scares himself with what could be.

A film that welcomes glances at the camera and induces belly laughs, giggles, cringes and a sense of trepidation, Self Made is definitely one to catch at this year’s London Film Festival.